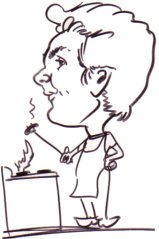 Welcome to my page!

I live in Everett (near Seattle), Washington.

I'm addicted to picture tubes. When not sitting in front of a computer or phone, I sometimes get to relax and watch TV. Select the More > Television navigation link to view a listing of my favorite shows.

Music has always been part of my life, I play the keyboards & guitar and have been involved with a couple garage bands in my younger years. My music tastes are pretty diversified. I regularly listen to Hair Nation.

I also like to read comics, especially the X-Men from Marvel.

I also enjoy going to the movies, although we don't always get to do it as often as we want to. Select the More > Movies navigation link to view a listing of the flicks we went to see recently.

Computers are my life, and have been since I was 9 years old. I started programming on a Tandy Model III. The first real program I wrote was a horse race handicaps analyzer, which really sounds better than it was. I can program, script and hack in about 20 different languages, although I'm basically a C-kinda guy with a Pascal heart who constantly drinks Java.

Cooking is another passion of mine. Being raised in Paris (France, not Texas), I tend to pride myself into being somewhat of a culinary expert.

On March 23, 1999 I was diagnosed with Type 2 Diabetes. So far I've been able to successfully control it by dieting and exercising alone.

On February 14, 2000, Vicki (my partner of close to 9 years) and I finally tied the knot. We were married on Valentine's Day by Minister Robb Hickey at the Royal Chapel of A Special Memory Wedding Chapel in Las Vegas.

On June 30, 2000, I ended a 3 years stint as Director of Technology for Blue World Communications.

From May 2003 to May 2007, I authored a Java-related weekly syndicated column, known as Erik's Pulse.

In December 2004, I resigned from my Director of Technology position at Imacination Software.

In May/June 2005, we moved from Bellevue to a new condo in Everett.

On May 15, 2007, I closed down my popular linkblog after 7 years of continuous operation.

In February 2016, I was diagnosed with Stage IVA Colon Cancer, now restaged as IVC.

In December 2021, I completed a 2-years clinical trial at Seattle Cancer Care Alliance.

In February 2022, I celebrated 6 years with cancer.

My Public Key can be found here.

If you're interested in the technology and hardware used to power this weblog, please read this story.