Can the power grid really hold up to widespread EV use? 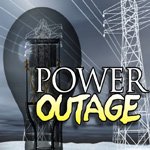 Widespread adoption of plug-in cars always raises questions about the reliability of the electrical grid and an incident earlier this week in San Francisco does nothing to quell those concerns.

Even though I'm a fan of electric vehicles, like the Tesla, there is no doubt in my mind that if they were to ever become mainstream we'd swap dependencies from foreign oil to the power grid. In turn power companies would undoubtedly jack up the kw/h pricing, taking us right back to where we started.

There is one advantage to electricity, though. It is easy (albeit neither efficient nor cheap) to generate your own using solar panels or the such.